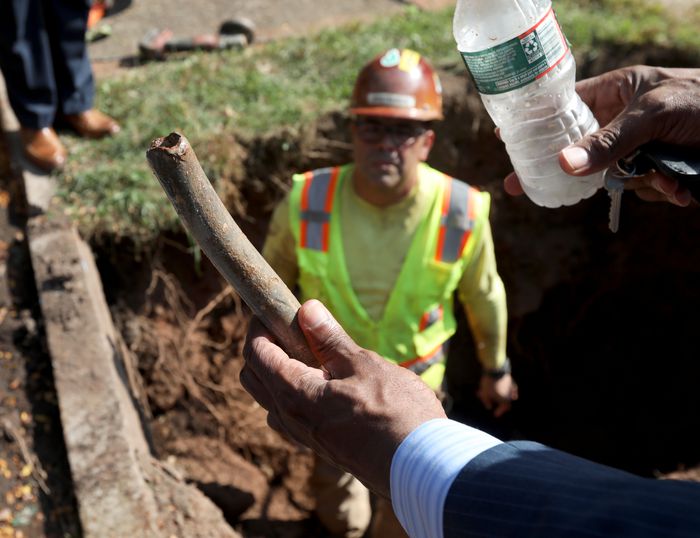 They’re called lead service lines, and they’re at the heart of lead problems in Newark, Bergen County, Trenton and other parts of the state.

Thanks to old or missing records, it has not been entirely clear how many lead service lines are in New Jersey, or where those lines are located. That’s starting to change, as drinking water systems across the state conduct inventories and report the results to the New Jersey Department of Environmental Protection.

A new map, created by New Jersey Future using that data collected so far, shows that those lead lines are, as expected, found most frequently in the state’s oldest and most urban areas. Still, the lead lines have been found in suburban and rural areas, as well. New Jersey Future notes that as of August, lead service lines have been found in 104 systems, out of hundreds of systems that provide drinking water to communities statewide. Lead service lines are the primary source of lead contamination in drinking water, according to New Jersey Future. Utilities are required to treat drinking water for corrosion control, which prevents water from eating away at lead pipes. If that treatment fails, the pipes are made vulnerable to leaching lead into the water just before it reaches the tap. That’s what happened in Newark and other systems across the state.

“Lead exposure is a serious health threat across the state,” said Chris Sturm, New Jersey Future’s managing director of water and policy. “These lead service lines have the potential to put everyone, particularly children and infants, at risk. Fortunately, this risk can be managed by effective corrosion control, flushing and filters, and ultimately by the total replacement of lead service lines.”

As the statewide lead service line inventory is being completed, it is unclear just how much it will cost to replace all of the problematic pipes. New Jersey Future estimates that the statewide replacement cost may be $2 billion.

What You Can Do

A Reverse Osmosis System is One of the Best Solutions

An effective way to treat your water for the removal of lead is to have a reverse osmosis (R.O.) system installed underneath your kitchen sink. This will eliminate contaminants like lead directly at the point of use in your home. An R.O. system will remove the vast majority of lead particulates from the water, so it will be safe for your family to use for drinking and cooking. It will also filter out many other contaminants leaving you with pure, great-tasting water.